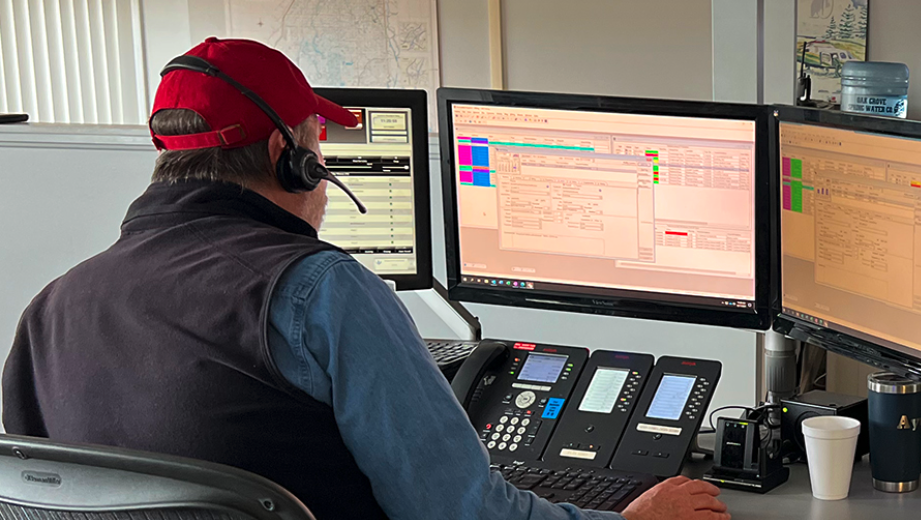 MedComm’s Communications Specialists (ACS) work with a variety of other communications centers including EMS, police, fire, warden, and forestry services to coordinate both interfacility and scene calls. The ACS helps to coordinate landing zones, provide transport to and from landing zones; locate temporary landing zones in rural areas for logging, ATV, snowmobile, or hiking accidents; and orchestrate the many services required to help critically injured patients in their time of need.

MedComm receives requests from physicians at hospitals and outlying medical treatment centers and alerts the appropriate aircraft crew to start a transfer. Simultaneously, the ACS may link the referring physician to one of LifeFlight’s Medical Directors or Senior Clinical Administrators to determine whether the hospital needs the team while a receiving hospital is still unknown, the medical necessity of flying the patient versus transporting by other means, and to assure continuity of medical therapies.

Due to Maine’s dispersed population and many square miles of rural area, time is of the essence for critical patients. LifeFlight of Maine responds to all scene calls it receives, safety and weather permitting. The Maine EMS Medical Direction and Practice Board have established a protocol in which trained EMS responders can request a LifeFlight helicopter direct to the scene or to intercept the patient at a pre-designated landing zone.

For scene requests that are greater than 25 miles from a base, the aircraft is launched at the request of regional or state police 911 dispatchers or fire/rescue first responders. The aircraft heads toward the emergency scene while EMS providers at the scene assess the patient. If it is determined that air transport is not necessary, the aircraft returns to the base. LifeFlight’s patient-centered policy is closer is better—we can always turn around.