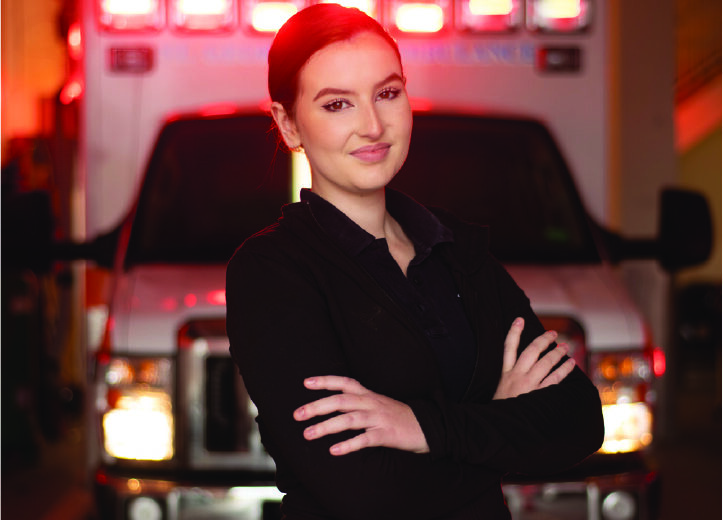 The People & Places behind Paige’s Story

Paige Smith says her dream of becoming a healthcare professional started at age 12, the very first time she watched a LifeFlight helicopter land. She went on to earn her EMT license at 16; she completed advanced EMT training at 17; and now, at 18, Paige is in school to become a paramedic.

But there is more to Paige’s healthcare journey. That initial glimpse of a LifeFlight helicopter as a young girl was from her hospital window, where she was being treated for viral myocarditis. Several heart surgeries followed, along with a diagnosis of Ehlers-Danlos Syndrome, a degenerative disease that affects the connective tissue.

In June 2022, after experiencing abdominal pain for several days, Paige was at Miles Memorial Hospital to have a large ovarian cyst removed. There were complications in her surgery that required the kind of specialized care that isn’t available at a smaller hospital. LifeFlight transports patients between hospitals every day of the year, but Paige could not be moved. “They were literally holding on to my aorta to stop me from bleeding.”

A LifeFlight helicopter had just landed at MMC with another patient and quickly turned around to transport two vascular surgeons and a LifeFlight RN from Maine Medical Center to Paige. With their training and specialized equipment, the doctors were able to save Paige, staple the long incision from her sternum to pelvic bone, and transport her to Maine Medical Center for further treatment.

The road to recovery has been slow, with considerable discomfort and a lot of therapy, but Paige is now back to work with Thomaston and St. George EMS. And she says she’s having the time of her life at Paramedic school in part because her father, a Rockland police officer, and her brother, a firefighter in Brunswick, are taking the class alongside her. While she’s not sure what her health will allow going forward, she hopes one day to put her paramedic skills to work at LifeFlight of Maine. “I want to care for my patients the way LifeFlight took care of me,” says Paige.