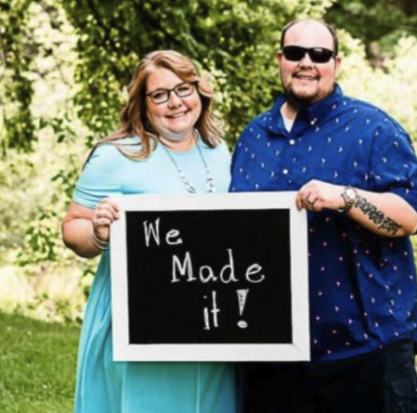 The People & Places Behind Howard’s Story

On the night of June 8, 2020, Howard Brown was riding his motorcycle home from work through Waterville. As he came to a cross street at a slow speed, he saw another vehicle approaching. But that driver was intoxicated and did not stop, veering into Howard’s lane, clipping his motorcycle, and throwing him 20 feet into a ditch on the side of the road. When Howard came to a stop, he counted his blessings that he had not hit anything hard. However, when he went to stand, he could not get to his feet and quickly realized that he needed medical attention to treat his leg.

Howard eventually convinced the driver to call 911, and then asked him to create a tourniquet with his belt to help stem the bleeding from his leg which had suffered a near-total amputation just above the knee. As the first EMTs arrived, they took one look and immediately made the call for LifeFlight. Howard was taken to Inland Medical Center where he was met by the LifeFlight helicopter from Sanford with Pilot Kevin Beaulieu and Flight Nurses Lori Metayer and Mike McDonough on board.

Upon hearing the helicopter approach, Howard remembers thinking that the aircraft felt like a godsend. He was grateful for the opportunity to see his wife at the hospital before he departed to tell her how much he loved her. At this point, Howard had lost quite a bit of blood, and the LifeFlight team continued the resuscitation with an immediate transfusion onboard the helicopter. LifeFlight is the only EMS service allowed to initiate blood and plasma therapies and has carried blood since its inception. Howard recalls the kind care, support, and attention he was given on his quick trip to EMMC, where his leg was eventually amputated. Howard is doing well today, learning to walk with a prosthetic, and appreciating every day he spends with his wife. He was touched that the LifeFlight crew stopped by the restaurant where he worked to check on him after the incident, commenting, “It’s not just a job to them. It’s a life.”