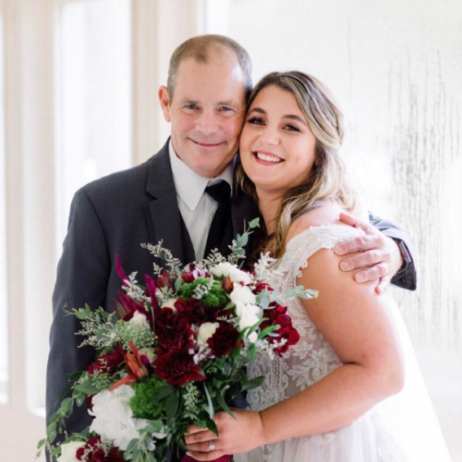 The People & Places Behind Doug’s Story

Missouri resident Doug Mirts was vacationing with his wife Tonya in Acadia National Park in September 2021. After a morning of biking, they stopped at Jordan Pond for a quick lunch. When they started back on the trail, Tonya was slightly ahead of Doug but soon realized he was no longer behind her. After waiting a minute for Doug to catch up, she went back to find him. When Tonya came across Doug, he had collapsed from an apparent cardiac arrest. Somewhat miraculously, a small group of people was standing a short distance from where Doug collapsed, and one of them was an Emergency Department physician.

The physician began CPR and instructed Tonya to call 911 and ask for an AED. The National Park Service arrived and used the defibrillator to start his heart. Doug was then transported by ambulance to the LifeFlight landing zone in Bar Harbor. The LifeFlight crew quickly intubated Doug, put him on a ventilator, and started administering cardioprotective medications. At EMMC, Doug’s body was cooled to 30 degrees Celsius. Over the next day, the team worked to warm his body temperature slowly, eventually removing the sedation and breathing tube.

Doug had developed pneumonia from aspirating during the resuscitation, which needed to be resolved before he could have triple bypass surgery. Following his surgery, he was visited by his flight crew. Tonya recognized the crew members when they came to greet him, saying they were, “extremely professional, very talented, and wonderful human beings.” Doug was discharged from the hospital on September 28th, just in time to walk his daughter down the aisle at her wedding.