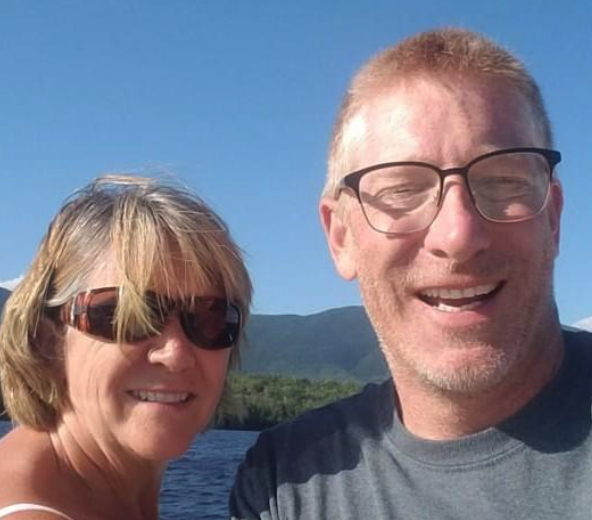 The People & Places Behind Dave’s Story

Travel nurse Dave Ryan spends his summers in Carrabassett Valley, Maine, and his winters in Tucson, Arizona. In July 2021, Dave was at home awaiting the arrival of friends from out of state while his wife was at an appointment. His wife called to talk about their plans for the rest of the day, but two minutes into the call, Dave stopped responding. Luckily, his wife could hear him breathing and knew Dave was still on the line, but something was clearly wrong.

She immediately texted the friends who had just arrived at their house, and they ran in to find Dave unresponsive and with agonal breathing. When they discovered that Dave did not have a pulse, they called 911. The dispatcher walked them through how to perform CPR until first responders arrived on the scene, and that assistance likely saved Dave’s life. In the 22 minutes from the time he “died” to when his pulse returned, 12 people contributed to Dave’s emergency care.

Carrabassett Valley Police arrived with an AED and started his heart again. NorthStar Ambulance (where Dave worked as a paramedic for years) arrived shortly after that and continued resuscitation as they traveled to a landing zone set up by Kingfield Fire. They were met by a LifeFlight helicopter, which flew Dave to Central Maine Medical Center in Lewiston. Dave spent two weeks at CMMC, where he had a quintuple bypass and had an internal defibrillator put in. Doctors are still unsure of the reason that Dave’s heart stopped, but he knows he would not be here today if he had not been talking on the phone to his wife at that exact moment and if his friends had not been able to start CPR within two minutes of the incident. Dave praised the entire EMS system, noting the phenomenal care from everyone who played a role. He is now feeling great and is back to work with no damage to his heart, which is a direct result of receiving such quick and competent care.