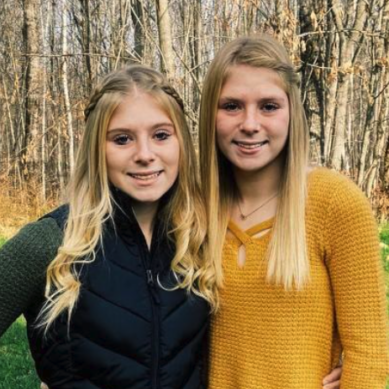 The People & Places Behind Alexis’ Story

It was a warm summer day in June 2021 when Jen Michaud noticed that her daughter’s speech patterns were irregular. An initial appointment with a pediatrician led to a neurology consult and an MRI, which unfortunately revealed that Alexis, a softball pitcher for Maranacook High School, had a Chordoma tumor in her brain. Chordoma is an exceedingly rare type of cancer, especially in children. Alexis and her family took time to learn about the tumor, the treatment process, and to explore options for her treatment locations.

They met Dr. Paul Gardner of the University of Pittsburgh Medical Center, one of the founders of the Chordoma Foundation. Later that month, Alexis traveled to UPMC for the first time to undergo an initial surgery. The initial scans did not show how intense the tumor was or where exactly it was in her body. The surgeons successfully removed the entire tumor, and Alexis returned home to Maine three weeks later. After a few days at home, Alexis started to complain of pain in her head and developed a fever.

Her first set of tests revealed she had meningitis. She was transported to Maine Medical Center where doctors decided she needed to return to Pittsburgh immediately. Due to the time urgency and length of the trip, LifeFlight’s airplane was called to transport her. When the crew arrived in Pittsburgh with Alexis, Flight Nurse Lori Metayer gave her mother Jen a big hug, helping to calm her. Alexis spent three weeks in Pittsburgh for treatment before being discharged to come home to Maine. Alexis is looking forward to the day when she can get back to the gym to work on her strength training to be ready for softball. Flight Nurse Lori Metayer played in the “Michaud Strong” softball tournament in September, which benefited Alexis and her family.