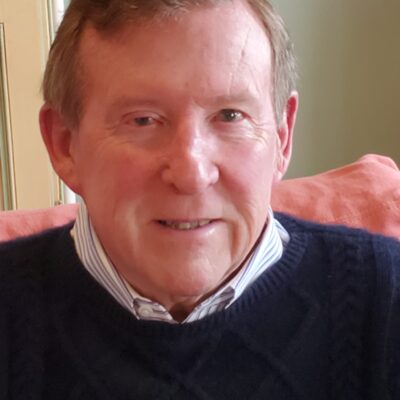 Dick’s work life has included service on the boards of public, private and non-profit corporations. The bulk of his later career was focused on restoring three declining businesses to health including Wesco Distribution, a large portfolio business sponsored by Clayton, Dubilier & Rice. Earlier he played key roles in building two early-stage ventures. For the first several years of his career, Dick held a variety of assignments in three Fortune 100 corporations, International Paper Company, Avon Products and American Can Company. Raised in Western New York, he graduated from Syracuse University with a major in English after which he earned an MBA at the Wharton School. Dick served two active duty assignments as an officer in the US Army, one as an instructor in the Engineer Officer Candidate School, Fort Belvoir, Virginia and the other in Vietnam where he was awarded a Bronze Star.

In the early 2000’s after active careers, Dick and his wife, Mindy, moved to the mid-coast of Maine because of the opportunity to enjoy its beauty and its waters as well as the absence of big city clamor. Dick’s two daughters live and work near Chapel Hill, North Carolina.

Mindy and Dick are both passionate about LifeFlight because of its criticality to the people of Maine in the evolving world of healthcare and because of its excellence, ranking among the World’s best.

Dick currently chairs LifeFlight Foundation’s Finance Committee and is a member of the Audit and executive committees as well as serving as its Treasurer. In addition, he is a director and chair of the Finance Committee of the Peninsula Ambulance Corps which serves the people of the seven towns on the Blue Hill Peninsula.