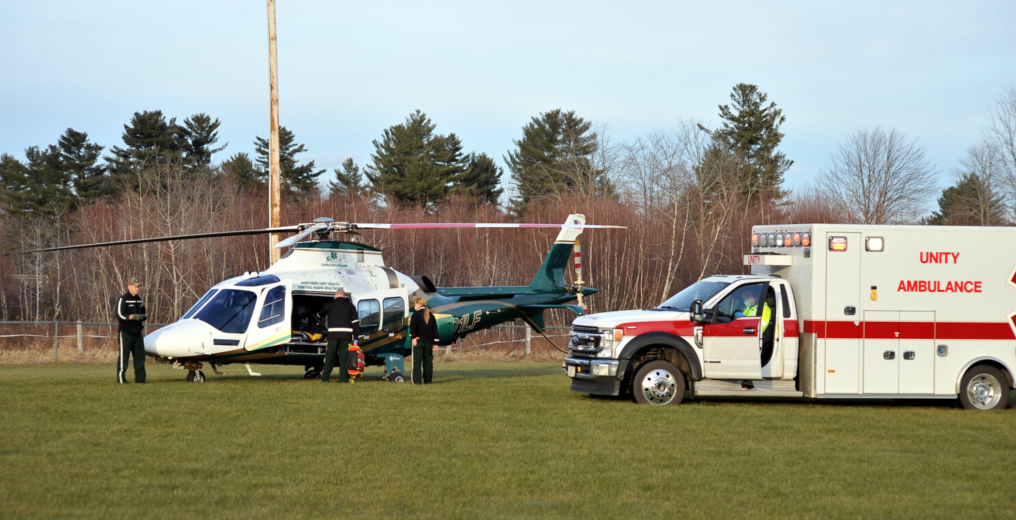 KNOX — A young woman was extricated using the Jaws of Life Tuesday, Dec. 7, after the car she was driving left the road, went into a ditch and was pinned against trees.

Lisa M. Bailey-Audet, mother of the injured woman, said her daughter, Olivia Wirth, suffered a spinal cord injury and has a compound leg fracture. Yesterday, she said, her daughter had 10 hours of surgery, but was awake and talking by evening.

The single-vehicle crash happened around 2 p.m. on Route 137, up the road from Hill Top Farm.

According to Freedom Fire personnel, the 20-year-old Wirth was trapped in her vehicle.  Witnesses say she was heading west when her car went off the road.

LifeFlight was called and landed at nearby Larrabee Field on Abbott Road.

Crews from Freedom, Troy and Montville answered the call, along with Unity Ambulance service and Waldo County Sheriff’s personnel.