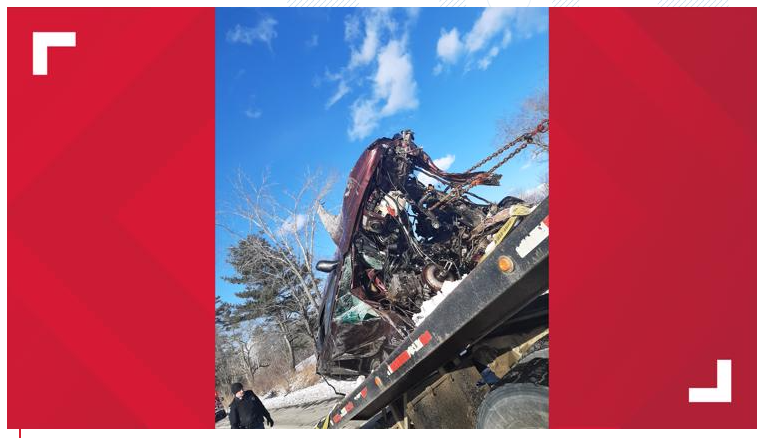 NEW SHARON, Maine — A five-month-old has been taken by LifeFlight to Maine Medical Center in Portland after sustaining serious injuries in a car crash in New Sharon, according to Maine State Police.