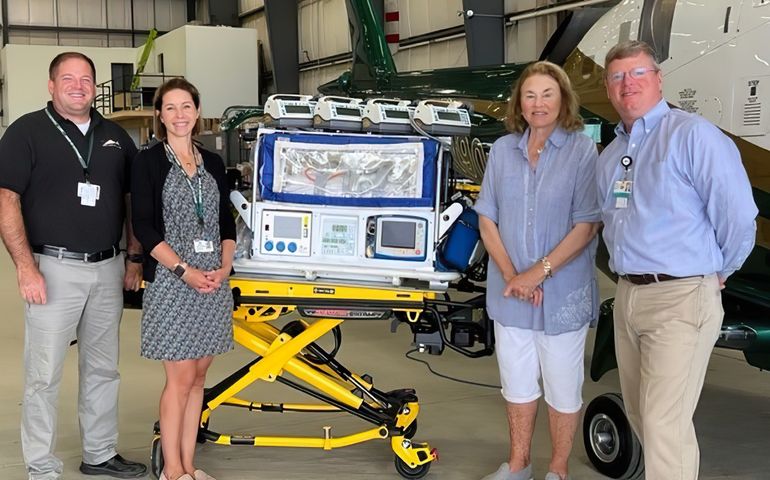 Just weeks after opening three training centers for its airborne first responders, LifeFlight of Maine can now further expand its capabilities through a $1 million gift that will buy specialized medical equipment.

The LifeFlight Foundation received the gift to establish its first named, endowed fund, from the Cornelia Cogswell Rossi Foundation.

The equipment will be used onboard LifeFlight of Maine’s airplane, helicopters and ground support vehicles, according to a news release.

The Cornelia Cogswell Rossi Foundation carries out the philanthropic vision of Dr. Joseph and Connie Rossi, a couple with a strong love of Maine and especially Mount Desert Island and the Acadia National Park region, the news release said.

In 2021, LifeFlight crews transported a record number of patients from that region, averaging one to two patient-flights a week from Bar Harbor throughout the year.

“The medical staff is prepared to provide critical care no matter when or where it is needed in our vast state,” said Laurie Warren, one of the foundation’s directors, said on a recent visit to LifeFlight’s Bangor base. “LifeFlight’s role is more important now than ever before.”

Read the full article on MaineBiz.